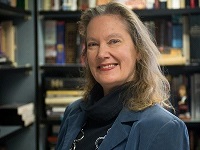 Laura Bates is Professor of English at Indiana State University. She enjoys teaching a wide range of courses, from Children's Literature to World Literature, Shakespeare, and Crime and Punishment. With a PhD (University of Chicago, 1998) in Comparative Literature, her academic training involved classic world literature alongside contemporary texts and theory. Her dissertation focused on Shakespearean reception, directed by internationally respected scholar David Bevington. She is the author of Shakespeare Saved My Life: Ten Years in Solitary with the Bard (2013, Sourcebooks) and has spent more than 20 years working as a volunteer and an instructor in prisons in Chicago and Indiana.

Amy Cheney is the Program Director for the Juvenile Hall Write to Read program at the Alameda County Library in California. She is a librarian and an advocate, having served the underserved for over 25 years including preschoolers, middle school students, adults in county and federal facilities, students in juvenile halls, non-traditional library users and people of color. She has received several national awards for her service including the Carnegie Corporation of New York/ New York Times “I Love My Librarian” Award in 2008, a National Arts and Humanities Youth Program Award from the President’s Committee on Arts and Humanities in 2006, and a Movers and Shakers Award from the American Library Association in 2006. Amy holds a BA in English and Creative Writing from San Francisco State University and an MLIS from San Jose State University.

Maria Sachiko Cecire is Director of Experimental Humanities and Assistant Professor of Literature at Bard College in New York. Her areas of specialization include children's literature, medieval literature and its reception, media studies, and cultural studies. Prior to joining Bard’s faculty in 2010, she taught at Oxford University. Maria holds a Bachelor of Arts from the University of Chicago, as well as a Master of Studies and a Doctor of Philosophy from Oxford University. Her publications include essays in Anglo-Saxon Culture and the Modern Imagination, Arthurian Literature XXVIII, The Journal of Children's Literature Studies, and Studies in Ethnicity and Nationalism. She received a Rhodes Scholarship in 2006. 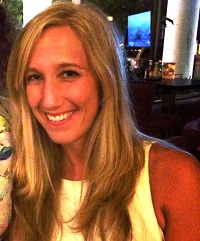 Allyson Dowds is the Youth Technology Librarian for Teen Central at the Boston Public Library. In this role, Allyson coordinates efforts to bridge the technology gap among urban youth by working with and for youth to identify community partners as well as design and implement a STEAM-based curriculum within and beyond the walls of the library. Prior to this work, Allyson served as a Library Manager in the Massachusetts Department of Corrections, working with both incarcerated men and woman since 2009. During her tenure, she established several humanities programs for inmates, including the first Art Group, a family literacy program in conjunction with a local public library, as well as a Poetry Group that was co-convened with a Pushcart Prize winning local poet. Also, she facilitated a regular reading and discussion program called ABLE MINDS (Altering Behaviors through Literary Exploration and Moderated Inquiry-based Discussion Sessions). Ally holds a Bachelor of Arts in Journalism from Loyola University of Chicago, and an MLIS from Simmons College. 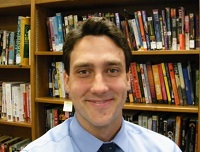 Nicholas Higgins is the Director of Outreach Services at the Brooklyn Public Library, where he directs a unique suite of services including the Services for Older Adults department, Correctional Services, Immigrant Services, and outreach to individuals and families experiencing homelessness. From 2009 to 2013, he oversaw The New York Public Library’s Correctional Services department, developing several new programs including a New York veterans oral history project, an early literacy and book recording program for incarcerated parents, and "Library School" - a 12 week Literature class offered for men in federal prison. In 2012, he was named Deputy Director of Outreach Services for NYPL, a position created to expand services to older adults, veterans, and individuals with disabilities. Nick began his career in 2006 at the Brooklyn Public Library, delivering targeted library services to children with disabilities, war veterans, job seekers, and formerly incarcerated Brooklynites while serving as Librarian and Acting Manager of Volunteer Resources. He received an MLS from the Pratt Institute and a BA in British Literature from Hunter College. 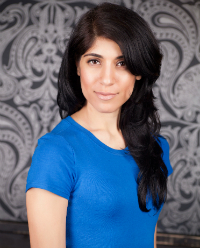 Nosheen Hydari, LMFT, is a Psychotherapist at Community Counseling Centers of Chicago (C4), Cook County Jail Mental Health Transition Center, and Northside Center for Relationship Counseling. In her role at C4, Nosheen has provided crisis services to hundreds of children and adults in severe psychiatric distress, many who are victims of trauma and experiencing suicidal thoughts/behaviors and self-harm. At Cook County Jail, she provides therapy to inmates with the goal of reducing recidivism often caused by a lack of resources and safe alternatives for individuals who entered into the correctional system and have not been able to transition out. In her role as a Private Practice Psychotherapist at Northside Center for Relationship Counseling, Nosheen utilizes her bicultural upbringing as a first-generation South Asian American immigrant in helping clients overcome constraints in their relationships. Nosheen trained in Systemic Therapy at Northwestern University's The Family Institute. In 2014, she was selected by The White House as a Champion of Change under President Obama's program honoring individuals working at the community level on gun violence prevention. 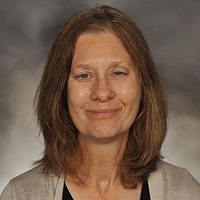 Laura Rogers is Director of the Writing Center and Assistant Professor, Department of Humanities at Albany College of Pharmacy and Health Sciences. She teaches a wide range of courses, including Contemporary American Literature, American Women Writers, Crime and Punishment, and Fiction and Film. Her research interests are Writing Center Theory and Practice, Critical Literacy, 19th Century American Women Writers, Feminist Film Theory and prison literacies and pedagogies. In partnership with the on-site library, Laura served as the local scholar for several Great Stories Club programs at the Greene Correctional Facility in Coxsackie, NY. She has been engaged in correctional facility literacy education since 1984. Laura holds a Doctor of Arts in English from the State University of New York at Albany.